The world is on fire, for the third time this year, it’s been quite a year so far, 2020! It started off with a continent that was literally on fire, Australia remember? Climate warming seemed to become the theme. But then came the quiet storm of Corona, devastating in a very different way capturing all the attention worldwide for months. In the meantime, we are not quite out of the lockdown yet, a new battle has erupted: the one against the racism that destroys black lives, and in the US – but also beyond and also here in Brussels recently during the lockdown, Adil remember? – actually murders with disturbing regularity. The suffocation of George Floyd – a black man – by a representative of the law grabs us all by the throat and shakes the world on its foundations. Why this incident and not one of the many others? Probably the very graphic video is a factor. The world may also be ready to recognize that we have a problem, and that problem is called racism. People are taking to the streets everywhere, social media is turning black and the call for change is loud and clear.

What is new is the realization that ‘white’ people play an important role in this change. People of color have suffered enough and have been doing for a long time what they can: putting it on the table, discussing it, analyzing it, proposing changes etc. ‘White’ people – allow me to say we for once, though it’s not a label I aspire to – will make a difference in what comes. How? By talking about it in our environment. By protesting when racist jokes are told. By becoming aware of our own filters, of our implicit associations during recruitment interviews and evaluations of people of color. Because even we who are against discrimination and who believe in equality between people with different skin colors, we also carry stereotypes and we also let those stereotypes influence our perception, our judgment and our actions, to the detriment of our fellow human beings of color. Time to wake up: how ‘woke’ are you?

In recent days I have delved into the comments and the recent literature on anti-racism, to make sure that I have not missed anything and that in my trainings on gender and diversity I do indeed match what is going on in the colored communities all over the world. And yes, I can do more I thought, I’ll start with this blog. Below you will find my top three: links to interesting articles and books about anti-racism, which mainly focus on the role of white people.

What really struck me when reading, are the parallels between the different grounds of discrimination. The poster in this house we believe lists a few. They are not all there yet. Able-ism, for example: the marginalization of the experiences – and often of the person – of people with disabilities. The poster is tailor-made for the US under Trump and is not intended to list all possible grounds for discrimination. The parallel between sex and racism is particularly striking in my opinion. In the struggle for greater equality between women and men we also have had to make it clear to the world that there is no such thing as gender neutrality: you are either aware of your own gender stereotypes and you try to consciously correct them, or you reproduce them: which means that in your daily life you are likely to be influenced continuously by gender stereotypes. I hear the same reasoning in the fight against racism: there is no neutral position, you are either a racist or you are an anti-racist. If you are not actively aware of your own biases and try to do something about them – where you can – then you are inevitably also acting as a racist.

Another parallel: the slogan Black lives matter is often under attack from people stating it would be better to say All lives matter. We also had to make women’s rights explicit in the fight for gender equality, although in theory these are naturally included in human rights. Only, in practice that is not the case at all. So, it is important to explicitly put women’s rights on the table as it is important to keep repeating that Black lives matter, until – and hopefully as soon as possible – it will no longer be necessary.

Despite the very strong backlash, the #metoo movement has been a turning point in gender relations. The fight for gender equality is not done, but the problem has finally become publicly visible. For Adil and for Floyd and all those other ruined lives, I dare hope #Blacklivesmatter is the final turning point against racism in this world. And hopefully we can overhaul all those other sources of inequality: homophobia, ageism, able-ism, western centrism etc. This world will be a better place, when there’s a place for everybody. And lest you forgot, we need everybody to face the slow-motion hurricane that’s upon us: global warming.

Can you do something about this? Yes you can! And you can start by reading this:

Want to know more about implicit associations and bias? Read this (or follow one of our trainings ;): 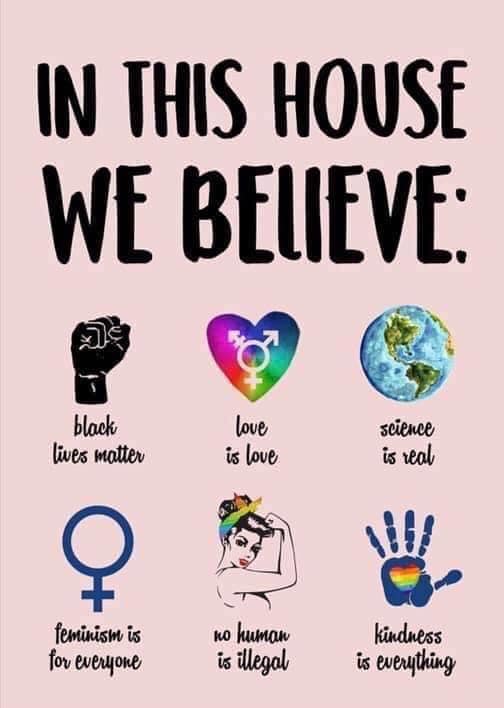